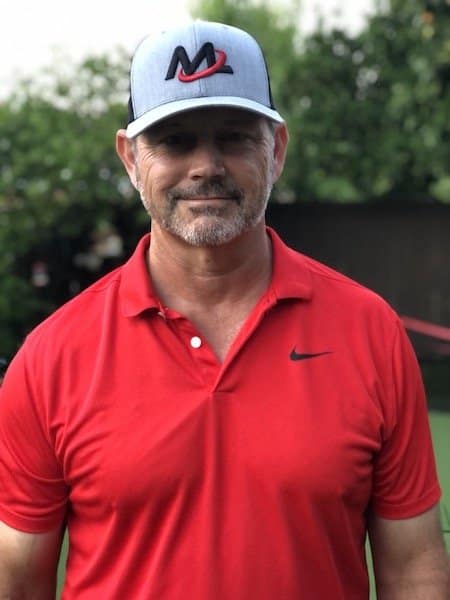 I’m a 56-year-old father of two and recently learned I’ll be a proud grandfather. Like Milo, I played every sport you could shake a stick at(no pun intended) as a youth. I played competitive amateur golf ranging from the San Diego City Amateur to the Michelob Ultra Tour. Still, I chose to raise a family rather than taking it to the next level.

In the early 2000’s I started coaching mini-tour players ranging from the Golden State tour to the PGA Tour Latin America. Since then, my thirst for knowledge has taken me to learn from the likes of Milo Lines, Dana Dahlquist to George Gankas, and many more. I received Level 1 and 2 certification with Swing Catalyst from Dr. Scott Lynn. What I’ve learned is that golf and the golf swing is the simplest game we make hard. Due to everyone being so different, I find fun in the challenge of finding a swing that works for you. Yes, there are some simple truths in the golf swing, but a million ways to get there and a million different ways to explain it. Let’s have fun and do this together!

During Milo’s first lesson with me, he filmed me hitting golf balls on his iPad, created a split-screen, and compared my swing in slow motion to pros who had a similar swing pattern. By the end of the driver lesson, Milo had me hitting the ball 275 yards + with a draw. I’d never hit a draw before.

I have increased my average ball speed by 8 miles an hour, and as an over 50 golfer, I am consistently in the 170- 175 MPH ball speed range with the driver on the course. This technique and confidence has trickled down into all aspects of my ball striking.

Milo gave me some drills to correct my swing flaws, but more importantly, it was the feel for the swing. That is something that I can ingrain and build on. It has me motivated to play more! My only regret is that I wish I could have taken a lesson from him a few years ago.